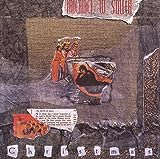 Pros: Beautiful choir like music with a focus on Jesus at Christmas.
Cons: Took a couple years to fully appreciate.
The Bottom Line:
Had to grow on me
But now I love it.  Christmas
With a choral beat.

1989 saw the release of two recordings from Christian artist Michael W. Smith. The first was i 2 (eye), a pop record that was most certainly made in the late 80's.

I bring it up only to make the comparison with Christmas. It's about as far away from that and the kind of music Michael was releasing at the time as you can get. Instead of a true pop project, he went with a choral project. All the songs feature a full orchestra and choirs of some sort backing Michael up. Sometimes it's a children's choir, sometimes a full adult choir. The result is beautiful to hear, although it took me a few listens to appreciate it.

Giving a feel for the project, it opens with an Overture and then proceeds into "O Come all Ye Faithful." The overture does contain several musical themes that would show up in the CD, most notably, "Gloria," the upbeat, fun version of "Angels We Have Heard on High" that serves as the musical climax for the project.

Michael made an interesting decision to include very few traditional songs in the CD. "O Come all Ye Faithful" is the only one that gets the traditional music and voices treatment. "Hark the Herald Angels Sing" and "Silent Night" are instrumental only while the previously mentioned "Gloria" gives a familiar carol a fresh new sound.

Michael has always stated his love of composing music, and this CD gave him a chance to compose some beautiful stuff. "First Snowfall" is all instrumental with the focus being on his piano playing, and it sounds wonderful. He composed the music for all the original tracks, and it shows. The pieces flow together so well I normally don't like to listen to this CD on repeat. It's beautiful stuff and very melodic.

Not only do the tracks flow together well melodically, the also thematically. "Lux Venit" and "Anthem for Christmas" focus on the world's need for a Savior and how it was always part of God's plan. "Christ the Messiah" is an anthem of praise for the Messiah finally coming. "No Eye Had Seen" features Amy Grant as a soloist and talks about the wonder of the birth. "All is Well" is a haunting song about the joy of Jesus finally coming to earth.

I will admit this approach wasn't what I was expecting at all. In fact, I hated it the first time through. But with repeated listens, it's really grown on me. I get what he is doing and it sounds so nice. Now putting it in brings back memories of Christmas's past, something I love about good Christmas music.

Christmas sounds like a choral project you might hear in a church or concert hall. Indeed, I have heard several of these songs in my church's annual choir concert over the years. Taken together, they form an outstanding collection of sacred music.