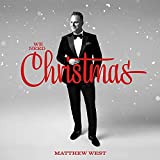 Every year as fall rolls around, I start paying attention to who might have new Christmas music coming out this year.  I was delighted to see We Need Christmas from Matthew West pop up on some of the lists I check.  I really enjoy his previous Christmas releases, and this is another good one.

The disc starts out with seven new tracks to Matthew’ Christmas repertoire.  Even better, four of them are original tracks.  It is obvious they are inspired by the what the world has gone through the past couple of years, as we get such lyrics as “We need Christmas/now more than ever to bring us together” and “These days peace on Earth is hard to find/And I need You to remind me one more time/You’re still the hope of Christmas.”  As I listen to these two songs, I can feel myself remember that God is ultimately in control of everything happening.  I need this reminder on a regular basis.

“Make Way” is another of the new songs.  This is a fun upbeat song about the first Christmas.

Rounding out the new tracks is “Christmas Through the Year.”  This is a bittersweet song about how family times at Christmas change, for better and worse, over the years.  Overall, I find this one more sweet, but I could see that changing depending on how life has progressed for me.

I counted “Away in a Manger” as a traditional track on this disc, and it mostly is.  However, Matthew has added an original chorus, “Love Came Near,” that gives it something extra, which I really enjoy.

Rounding out this part of the disc, we get “I’ll be Home for Christmas” and “Winter Wonderland.”  Both are fun renditions with a hint of jazz mixed in with Matthew’s usual pop.

Then comes “Gobble Gobble.”  Touted as a Thanksgiving song, it’s…different.  I get the humor that Matthew was going for, but I’m not sure this is a song I need to hear very often.

Rounding at the disc are new versions of three tracks that originally appeared on Matthew’s first Christmas release recorded live from the Story House.  I really like “Come on Christmas,” so I’m not complaining about getting that one again.  While I like “Have Yourself a Merry Little Christmas” and “O Holy Night,” I’m not sure we needed them yet again.

A bit more about these three tracks.  I had forgotten that Matthew West did an internet Christmas concert last year from the Story House.  That’s where these tracks originated.  Fortunately, I picked up on that from some extra lyrics he adds to one of the songs because I couldn’t figure out why these live tracks didn’t have any applause or anything else from an audience.

Fans of Matthew West will know what to expect.  He has a very distinctive pop/soft rock style, and it is prominent once again here.  If you don’t like it, that will obviously be a turn off, but I love it, so it’s just fine with me.

The seven tracks that start out this disc are strong enough that Matthew West’s fans need to get We Need Christmas.  The rest are filler, but mostly good filler.