Music Review: Lead Me On by Amy Grant 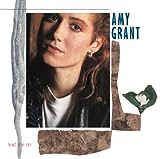 Stars: 5 out of 5
Pros: Enjoyable pop that confronts life head on


Standing the Test of Time

This year marks the 25th anniversary of Amy Grant's release Lead Me On. And everyone in the Christian music industry has been praising the release, marking it as one of the greatest Christian releases of all time, a distinction that CCM Magazine gave it a few years back. And I don't think they are exaggerating in the slightest.

I know that is a bold statement, especially since it was her next release, Heart in Motion, which sold the best and gained her the most fame she ever had in the regular music market. But this disc is fuller and richer.

Before we go further, I should confess my bias. This was the first Amy Grant project I owned. And I'm surprised I never wore the cassette tape out. (Cassette tapes, now gone the way of records and 8-Track.) I listened to this thing so much in high school. So I'm sure those memories help. But every time I pull my CD copy out, I still play it multiple times in a row before I even think of moving on.

One thing that certainly helps is that the music is almost timeless. It may have been released in 1988, but Amy pretty much stayed away from the drum machines and synthesizers that were popular at the time. Oh true, you can hear it in there, especially on such tracks as "Lead Me On" and "Shadows." But there are plenty of guitar and piano in there to help set things off. Unlike many CD's I have from the era, this one says 80's instead of screaming it with every single note.

And, if you think about it, the lyrics on this disc are rather meaty, especially for the Christian market at the time. Not every song ends with a positive message. Amy confesses her struggles. While I still consider this a Christian release, God isn't mentioned in every song. And that poetry adds to the disc as well.

"1974" opens the disc, and it is still my favorite track here. For those into ballroom dance, this is the second best Nightclub Two-Step I have ever heard (the best still being Chris De Burgh's "Lady in Red"). From the opening notes, I am hooked as Amy sings about the change in her life when she became a Christian. But what I love about it is you have to read between the lines. Okay, so it is pretty obvious. But it isn't knock you down obvious.

"Lead Me On" comes next, and is a perfect example of the questions without answers I was talking about earlier. The verses talk about slavery and the holocaust. Light topics for you there. And the chorus asks for the "awaited deliverance" to come. Doesn't say it came. In fact, the bridge asks why man hurts man and doesn't offer an answer. Yet the absolute genius of this song is that it doesn't take the obvious route. This isn't a sad song but an upbeat pop number. I find myself nodding my head as I sing along about these dark topics.

Along the same lines is "What About the Love?" The song points out ways man avoids showing love. Things like legalism, power to the powerful, abandoning the weak, and judging. It's mid tempo with plenty of hooks in the heavy drums.

Earlier, I mentioned "Shadows." The song captivated me from the very first time I heard it. The idea of the struggle in man between good and bad is nothing new. talked about it in the Bible and it's been the basis of many classic novels. But very few songs seem to capture it as well as this one does. Amy sings about the two of her fighting for dominance and concludes "We have to keep a watch on our shadows." The synthesizer is rather obvious here, but it doesn't bother me at all.

Then there's "If These Walls Could Speak." This is an absolutely gorgeous piano ballad with just a hint of strings thrown in here and there. The imagery of life going on in a house is beautiful and always brings a smile to my face.

The next song in line couldn't be more different. "All Right" is the only full on rocker on the disc. It starts with heavy drums and adds on layers of guitar and keyboard as Amy sings of her assurance that everything will work out in the end.

There are two songs on here that haven't stood the test of time that well. But it has nothing to do with the songs and everything to do with Amy personal life. "Faithless Heart" is a quiet ballad in which Amy confesses to being tempted to stray and her desire to stay true to her husband. And "Sure Enough" is a commitment to "stay for good." Try as I might, I can't hear these songs without thinking about her divorce and remarriage that happened about a decade later. It's a same because they are both good songs. (And, yes, I know this says more about me than anything else.)

Then there are the two odd songs, as I like to think of them. Remember I mentioned I owned the tape version of this? Well, this disc hit just as CD was being released, and in an attempt to get people to buy the new wave, the disc included two songs that didn't fit on the tape. Since I had that tape for about 10 years, I still find their presence jarring. But again, these are great songs. "Wait for the Healing" talks about how hard it is to wait for things to get better. And I find "If You Have to Go Away" ironic. It's a song written from the point of view of a spouse married to a musician who is always on the road. At that time, Amy was the one always on the road. Both tracks are upbeat pop and it easy to sing along with.

Life isn't easy, and it's not easy to capture that in a 5 minute song that doesn't leave the listener depressed. Yet Lead Me On is full of songs that talk about the struggles of life. Mixing those thoughts in with upbeat pop and songs about the joys and hope of life as well make this truly a release for the ages.