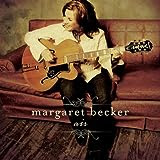 Stars: 4 out of 5
Pros: Many great new songs with thoughtful lyrics
Cons: A few don't quite work
The Bottom Line:
A great songwriter
Still challenging me with
Fun and thoughtful songs

Margaret Becker first made a name for herself in the late 80's as one of the pioneering Christian female rockers.  For that time and the Christian music market, she was pretty radical.  While her popularity has faded considerably, she still releases projects every few years.  Air is the latest, and it's very good.

I will admit I consider myself a marginal Margaret Becker fan at best.  Every disc seems to have one or two songs on it that really connect with me on every level, songs I can't listen to enough even years later.  Many of the other songs don't connect with me.  Part of it is me.  Margaret's lyrics are never simple.  While I often love that added thought, sometimes I just don't get it.  And, yes, sometimes her music is just too rocky for me.

Air finds Margaret doing what she does best, rocking out on 10 new songs.  True, we aren't dealing with the old 80's rock she first started with.  And that's a very good thing.  Still, she proves she can still rock here on such songs as "Said and Done" and "All I Need."

But the first song that caught my ear was "Dear John."  The song is at once haunting and joyful.  As you might have guessed, it's a break up song of sorts.  Written some time after the real break up, it reflects on the change and concludes that she is better off for getting rid of him.  While the lyrics say "I've moved on" and "I'm doing really good" I still get a sense of melancholy when I hear it.  This song relies heavily on keyboard for the music, and the mid tempo melody is very likely to get stuck in your head.

The disc opener is an upbeat rocker.  "Coming up for Air" is a joyful, guitar driven piece about taking time to deal with the changes of life.

While "Fly" takes a bit of time to get to the message, I love it, especially the second verse.  Her voice soars on the chorus as she sings about the mystery of flying on faith.  And I love what she does with the electric guitar on the verses.

"Said and Done" starts out quiet but really picks up speed and volume for the chorus.  In fact, it goes from picked guitar to full on wailing guitar.  It's a song of encouragement for someone who has tried, failed, and is now hiding from life.  See, "It's not all said and done/Who wrote that anyway?"

The disc closes with two of the quieter songs and a bit of a contrast in themes.  "You're Still God" is a praise song of faith.  Margaret sings of how the reminder that God is God helps calm her in the midst of trials.  Yet "To be an Indian" asks for the faith to see God working in the winters of life like being able to "Look at the desert/and hear...rain."  That second song does use the keyboard to create an interesting background sound that really compliments the song.  And her vocals are simply haunting.

"Beautiful" reminds us that God can make anything beautiful.  What I like about it is the syncopated rhythm it incorporates.

As with Margaret's other releases, there are a couple misses here.  "All I Need" is just too simple.  Yes, "Love is all I really need."  But give me something else for the chorus.  "Surrender" tries me to make a good point about trusting God, but it doesn't work for me.

But I've saved my favorite for last.  "Just Isaac" takes it theme from Sarah's attempts to help God give Abraham an heir.  It never condemns her for her actions but instead laments the times that Margaret has "helped" God and caused complications instead.  The music is simple here, limited to a keyboard and a couple guitars, with a heavy dose of drums.  It's one of the slower tracks, which allows us to really hear the emotion in her voice.

I'm glad that Margaret hasn't faded quietly into the night.  Air has given me several more great songs that I know I will enjoy for years to come.