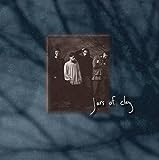 
The Debut That Hit Christian Music Like a Flood

1995 saw the release of a CD that would make the band behind it a household name and would greatly impact Christian music.  I'm talking about Jars of Clay, who released their self titled debut CD that year.  Since I have always been on top of trends and ahead of the curve, I rushed out and got the CD...in 2003.

Yep, I freely admit I was late to this party.  To my eyes back in 1995, Jars of Clay was just too overhyped to be good.  Yes, I'd heard the CD.  I couldn't help it since I was in college back then.  Everyone had it.  So, being the open minded, fair, reasonable person that I am, I refused to listen to Jars of Clay any more than I absolutely had to.

Finally, I admitted to myself that I did like their music, and I bought Jars of Clay.  And the lesson here is don't be too stubborn for your own good since there really is some good music on this disc.

The best known song here is the song that Jars of Clay will forever be associated with, "Flood."  Frankly, this song is still quintessential Jars, too.  True, their sound has changed a lot over the years from the driving guitar and drums that make up the bulk of this track.  But lyrically, they go for poetic lyrics that take some work instead of oversimplified, spoon fed thoughts.  And here's where I will get into trouble talking about these lyrics.  Are they talking about the struggle with sin?  That's my take on the lyrics with the chorus being a call to God for salvation from those sins.  And I can't move on without mentioning the bridge.  They slow the tempo way down and cut the guitar and drums in favor of cello and violin.  It makes a very startling contrast that I love.

The songs around "Flood" would seem to validate my interpretation of it.  "Boy on a String" comes before it and very poetically describes our slavery to sin like a marionette puppet.  I really think this word picture is written from God's point of view.  The fiddle takes center stage for parts of the song, giving it a unique sound on the disc.

"World's Apart" follows "Flood" and rounds out this trilogy.  It talks more openly about the struggles between a Christian's sinful desires and the calling to live holy like Christ.  It's just as poetic and still makes a powerful statement all these years later.  It's a ballad with cello and oboe complimenting the guitar on this one.

If you look at these songs in order, you've got someone caught in sin and not realizing it ("Boy on a String"), waking up to the mess their sin has left them in ("Flood"), and acknowledging the constant struggle to live without sin ("Worlds Apart").

I know I am being predictable, but I really do love their song about faith, "Like a Child."  It's actually a pretty simple song with a fun upbeat guitar throughout.  But just in case you thought they were getting predictable, they use a recorder to through in some new sounds on the chorus.  The lyrics are rather straightforward here, but they remind us that our faith in God is supposed to be simple and childlike.  So in other words, it actually fits again.  I especially love it on the bridge when they have some children reciting Bible verses.  They fade in and out, so we just get snippets, but it is a fun touch.

The disc actually opens with "Liquid."  This pure rock number leads off with strong guitar and drums after the violin intro.  It's actually a pretty serious word picture of the suffering Jesus went through on the cross.

Their ability to paint a word picture is what completely moves me on this disc.  You have to listen to the lyrics carefully to get what they are talking about.  But once you do, there is no going back.  For example, I didn't really get "He" until I took the time to read the words.  It's almost horrific when you realize they are singing about a child suffering from abusive parents.  Frankly, when the song is over, I'm ready to go out and shake some sense into those parents.

The last track really speaks to those who know the Gospel and yet refuse to believe it.  The song is very heavy on the cello, and they actually are plucking the guitar as they sing about the struggle not to give into faith.  And really, that's how they paint the picture.

Yes, I was stupid when I didn't get Jars of Clay right when it was released.  However, I'm glad I went ahead and got it.  The poetic lyrics couple with the fun music to create songs that still mean something 15 years later.