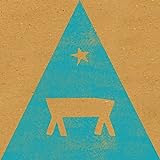 Earlier this year, I caught wind that Shaun Groves was using Kickstarter to find a Christmas project.  Since I love his music, I jumped at a chance to be involved, essentially pre-ordering the music.  Because he was working on a budget, Christmas, Volume 1 is only five songs.  But it is priced accordingly, and with tracks like this, it is more than worth it.

There are only two traditional carols on the disc, and the first one even then isn’t super traditional.  The disc opens with “Joy to the World (All Creatures)” which is a combination of “Joy to the World” and the hymn “All Creatures of Our God and King.”  Since that second one isn’t a Christmas song, I wouldn’t have necessarily thought to combine them, but it absolutely works.  He’s even mixed a little of the “Hallelujah Chorus” in there.  The song is an appropriately upbeat way to start the song, and it will have you tapping your toe as you sing along.  And choir behind him is a wonderful touch, and you’ll be focused on God in praise before it is over.

The other traditional song closes out the disc.  “O Holy Night” is appropriately slow, and it’s a simple arrangement, the focus being on Shaun and the piano.  Honestly, this is probably the weakest track on the disc since there isn’t much to set it apart from the other versions we have.  It’s not bad, but it’s not that special or exciting.

That leaves us with the three new tracks in the middle.  Well, actually die hard fans will already have “God of Us” since it was part of Shaun’s second disc, Twilight.  Honestly, I’m glad to have it on this disc since I’ve always tried to include it in my Christmas music anyway.  While the song is still slow, it’s definitely a faster version than the original but it’s still simple with just Shaun, a guitar, and some simper percussion for most of the song.  Shaun’s tweaked it a bit here and there, but the lyrics are the same, which is wonderful.  If you were a fan of the original, you’ll like this one, too.

As you’d expect, “Gloria” is a song of praise for the wonder of the babe in the manger who has reached into our lives and our world to meet us where we are.  The choir is back as the song builds after the first chorus, and the bells are a nice touch as the song builds, too.

“Better Days” brings the hope of Jesus becoming man to our modern world as we hope and pray for better days because of the love and forgiveness we can get from God.  I feel like of all the tracks on this disc, this is the most classically Shaun.  It’s fun upbeat soft rock that would fit in on any of his previous releases.  Not that his fans won’t recognize his style on the others, but this just feels the most like his stuff.

With only these five tracks, this is a short disc at just 20 minutes, but it is completely worth buying because these songs are so much good.  I’ll be working this into my Christmas rotation each year, and I bet you will do the same.  I just hope Shaun makes good on the promise of the title and this really is Christmas, Volume 1.