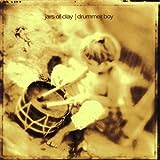 Stars: 4 out of 5
Pros: Fun rock version of a Christmas classic

Cons: Two remixes
The Bottom Line:
For Jars of Clay fans
Remember, it's a single
So buy it as such

When I started listening to Jars of Clay, I snatched up everything I could find. While I normally don't buy singles, I made an exception for their Drummer Boy EP since it was the only thing Christmas that Jars had done at the time. Fortunately, that will change next month, and I can't wait.

This disc has had an interesting history. Originally released in 1995 after the huge success of their debut CD, it was retooled and re-released in 1997. Only two of the tracks are the same. I bought the 1997 version, and that is the one I will be reviewing here.

The disc starts out with the Christmas classic that gives the disc its name. As you'd expect, "The Little Drummer Boy" has a heavy drum beat throughout. Guitar is also featured predominately, but you other stringed instruments like violin and cello between the verses. It's a fun rock take on the classic. If this is what their upcoming Christmas CD will be like, I will be very happy.

I'm usually not a fan of remixes, and the next two tracks don't do much to change my mind.

Up first is the "Grinch Mix" of "The Little Drummer Boy." This mix really plays up the base and percussion from the original. The vocals are much more pronounced as well, and it is easier to enjoy the harmonies. But it feels like it is missing something to me. Like other instruments. It's not quite a cappella and it's not quite instrumented. It's not bad, but I prefer the first track over this one.

At this point, the disc moves away from Christmas music. Up next is the "Fluffy Sav Mix" of "Blind" a song from their debut release. It takes on an acoustic feel on the first verse with the vocal and picked guitar being the main focus. Then the programmed drums come in, and they take over for most of the song, with the guitar being in the background.

I think my problem with both these tracks is the heavy percussion. While I enjoy percussion, I don't like it drowning out the other instruments and becoming the focus. Since it pretty much is the focus, it bothers me. Not that this is surprising since that is usually the case on remixes.

The final track on the disc is new, at least as best as I can tell. "Wicker Baskets" is an instrumental track. It's a beautiful guitar duet. It's slow, contemplative, and just those two instruments. A neat little track to close out the disc.

With two tracks I like and two that are just okay, you might wonder why I gave the disc four stars. Basically, I bought the disc just to get the first track. And I bought it at an after Christmas sale, so I didn't spend that much. Rating the disc on the whole, I can't give it a full five stars, but I really do love the first and last songs.

Drummer Boy is worth tracking down for Jars of Clay fanatics or fans of the title song. Pretty much anyone else will want to skip it and wait for their full length Christmas CD.