Music Review: Past the Edges by Chris Rice 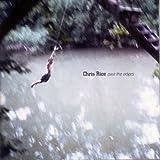 Stars: 5 out of 5
Pros: Honest lyrics matched with great music

Cons: "Cartoons" is only fun to listen to occasionally
The Bottom Line:
No sophomore slump here
Fun songs filled with great lyrics
Doesn't get better


Past the Edges?  Nope.  Right on Target.

When Chris Rice's first CD debuted, he took Christian music by storm. His folk/pop blend was something new in the market at the time, and his honest, powerful lyrics were wonderful. When a debut is that good, I anxiously look forward to their follow up. Sometimes I am disappointed by the second effort. Fortunately, Past The Edges wasn't one of those times.

If it's possible, Chris adds some hints of rock to his folk/pop blend on this CD. The percussion is certainly heavier on several of the songs. Yet it still sounds like Chris. It's different, but not different enough to alienate his fans. Most importantly, the lyrics are still great.

For example, there's "Naive." The song struggles with the apparent absence of God in the world today begging Him to step in and deal with the pain. Yet, at the same time, it does express faith in God's timing. The music on this song relies heavily on the drums with bass guitar and keyboard creating a bit of an unsettling mood. This is a bit of a dark song, and it invites you in to ponder.

"Big Enough" also asks God questions. This time, the music is light. Guitar dominates and the song has a definite folk feel. Yet the lyrics are just as serious as again he is question God. This time, however, it's the existence of God that is being question. Very seldom do Christians admit to doubts, and this song, asking God to prove Himself, is a bit of a departure. Don't let the light nature of the music fool you. This song is very serious.

The questioning comes to an end with "Live by Faith." Interestingly enough, this was a song made popular by Kim Boyce in the early 90's. Chris originally wrote it, and he covers it here. While admitting doubts and struggles, this song professes faith, claiming as a promise in the chorus Jesus' words "Blessed are those who have not seen and yet believe." The original version was pop, but Chris turns up the bass, giving it a rocky edge.

Not that the CD is all about doubt. There are pure praise songs like "And Your Praise Goes On." This song explores how creation praises God. Guitar and drums fight for the lead in the background.

Even better is "One of Those Days." It's a quiet, slow expression of praise for those days when it feels like God is right beside you all day. Guitar leads this beautiful ballad.

Now I may have been misleading with my description of rock for a couple of these songs. Almost everything on here is on the slow side. Very rarely does Chris rock out even if the production sounds rocky.

One of the faster tracks is the opener. "Smellin' Coffee" starts us out just slightly past mid tempo. I'll admit the lyrics can be cheesy at times. But it's a fun song celebrating the start of a new day and the fact that with God, everything is new. The production has some fun with this track as drum, keyboard, and guitar seem to take turns as the prominent instrument.

By far my favorite song here is the official disc closer, "Missin' You." The song is a simple piano ballad that expertly captures a Christian's longing for Heaven. The lyrics are poetic and the overall effect is beautiful.

Then he goes and ruins the perfect closing mood with the hidden track. (And, yes, I expect to be attacked for saying that.) If you let the disc keep playing after the last song ends, you'll find a hidden track, the only studio recording of "Cartoons." Every other recording of this fan favorite is live. Now I'll admit the song is fun to hear every so often. In this song, Chris ponders what it would sound like if various cartoon characters offered their praises to God. And he does perfect imitations of Fred Flintstone, Scooby Doo, the Smurfs, Teenage Mutant Ninja Turtles, and Yogi Bear singing "Hallelujah." As I say, it's a fun song. I just only like to listen to it about a tenth as often as the rest of the CD.

That one song isn't enough to ruin what is a great CD. Past The Edges has 10 songs that will challenge, encourage, and lift your eyes toward God.