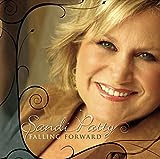 Stars: 4 out of 5
Pros: Good mix of styles
Cons: Would have like more original tracks
The Bottom Line:
Back toward classic style
Will please Sandi's long time fans
With some great music


Sandi Patty Moves Back Toward What Makes Her Great

Sandi Patty has long since past her popularity prime. During the 80's, she was very popular with the adult contemporary crowd with her many worship focused releases. They combined great lyrics with just a hint of pop. And they won her Dove awards for years on end.

During the 90's, her reign as the leading female vocalist ended, and while she has continued to release music, it hasn't been nearly as popular as it once was. Personally, I haven't enjoyed them as much as I used to. She has let her opera training take over. Instead of one or two power ballads that end with a giant crescendo and her holding a high note, those songs were the majority of the project. Don't get me wrong, I've always enjoyed those songs. I mean, you have to admire a voice like hers. But when it happens on most every song, it gets to be too much.

Fortunately, with Falling Forward, she scales those songs back. Don't get me wrong, they are still here. But she leaves plenty of room for the more adult contemporary side as well.

For example, "Made Me Glad" opens the disc. And when it ends, it ends on a quiet note instead of as loud and high as possible. It's a modern worship song that sounds like something from the Psalms. It's on the slow side of mid tempo. The song focuses on God as a source of strength. And right from the start, my spirit is lifted to God.

"Sing to the King" is a much more upbeat modern worship song. It sounds like something that would have been right at home on her classic releases.

"Sweeter Medley" again covers three popular modern worship choruses - "Sweeter," "Blessed Be Your Name," and "You are Good." My biggest disappointment here is that she only sings the chorus of "Blessed Be Your Name." I love that worship song and want to get the whole thing on CD somewhere. That quibble aside, this is a fun upbeat combo of the three songs.

And if we're talking fun, you can't leave out "Step into the Joy." This one has a bit of a gospel feel to it, but just a bit. It's a song that makes you want to get up and dance as it talks about the joy that comes from following God.

Now this isn't to say that Sandi doesn't show off her vocal range here. And, despite my earlier complaints, these are some of my favorites here. The title song is the first of these. It's a celebration of how God uses everything to move us forward, even if it's by falling. It's a slow ballad that builds to a great climax before ending on a soft note. Likewise, "You Call Me Yours" marvels at the grace of God, this time to save us at all. Again, it's a slow song but rich in encouraging lyrics.

Sandi can't resist one track of nostalgia here. "Sandi Medley" combines three of her old classics, "Upon This Rock," "In the Name of the Lord," and "Who Will Call Him King of Kings." These songs really work well together. Other then the fact that all three songs have been truncated, they sound pretty much like they did 20 years ago. This is definitely a full out high note finish song. While I would have preferred new music, the nostalgic in me loves it.

The CD ends with another worship chorus, "Grace Flows Down." It's a simple song done simply with guitar and piano dominating the music. This is a rarity on the disc. But what makes this song stand out is the fact that Sandi does a duet with daughter Jenn Helvering. The two sound great together. Sandi's done the mother/daughter act before, but as well as this.

Sandi is accompanied on all these songs by a full orchestra. At times, one or two instruments dominate, but never for very long. The only exception is the last song. Very few artists do this any more, but it works with Sandi's vocals and makes for a rich album.

I have never stopped buying Sandi's music, but Falling Forward is the first one in years that has gotten more then a listen or two. I really love some of the songs here and am quite sure it will take its place in my regular Sandi rotation. I'm tempted to give it 5 stars based on her recent output, but it falls a little short of some of her truly classic projects. So while I am giving it 4 stars, I am hoping this is a sign of many more great releases to come.