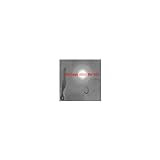 Stars: 4 out of 5
Pros: Plenty of fun songs with good messages

I confess.  Even though I was in high school and college during the 90’s, I’m not a full blown Newsboys fan.  But I do enjoy their music enough to get Shine: The Hits.  And I still find it fun.

My problem with The Newsboys is stylistic.  They are a rock band, no way around it.  I’m more of a pop/soft rock type of guy, so I find their discs usually blend together for me after a while.  And that’s a problem I have with the second half of the disc when they get to some songs I don’t know as well.  But they also have some fun songs.

In fact, they have a way of making a serious point in some rather funny ways.  Take “Breakfast.”  The point of the song is the seriousness of Hell.  And they do it with a catchy beat and a remind that “they don’t serve breakfast in hell.”  Okay, so it’s not especially deep, but I smile every time I hear it and for days afterward as it still gets stuck in my head.

Another fun one is “Reality” that contrasts God’s love with our sin.  Okay, so this one is very vague and could be interpreted several ways, but I love the world picture of the kid who ran away to join the circus.  Again, the funny lyrics really catch me.

And they do have more serious songs.  “Shine” is challenge to truly live for God while “Spirit Thing” reminds us that it’s God who gives us to power to do just that.  Even with these songs, they’ve got great lines (“explain the kind of change that would make a vegetarian barbeque hamburger”) and catchy rock music.

There are three new tracks here, although they did write new versus for “Praises” and stick it on their worship release a couple years later.  “Joy” is another praise song for what God’s love means to us.  “Who?” looks at just how amazing God is.

As much as I enjoy some of these songs, they do definitely fit into a mold.  Fast tempo, heavy electric guitar and keyboard.  There are one or two slow songs on there, like “Where You Belong/Turn Your Eyes Upon Jesus,” but they aren’t enough to keep me quite engaged for the over hour running time.  It doesn’t help that the second half included an appearance by Toby Mac for a rap part to “God is Not a Secret.”  Even their classic “Step up to the Microphone” is a bit too rocky for me.

The disc closes with a fun “Mega-Mix” that includes snippets from just about every song here.

This disc was released in 2000 so doesn’t include any of their hits from the last decade.

More variety would make me a bigger Newsboys fan overall and probably help me like Shine: The Hits more as well.  Still, I do have fun singing along with most of the songs here.
Posted by Mark Baker at 12:48 PM